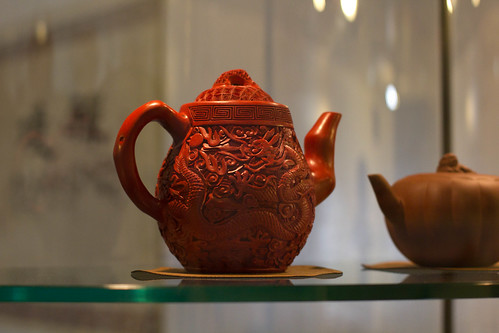 We made our second trip to the Royal Orchid Tea Museum, currently under a serious program of improvements. 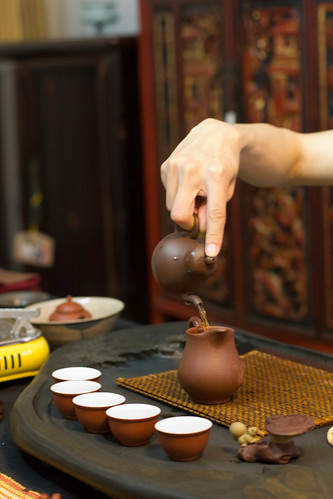 The event carried a water theme - an exhibition of Shui Pin Yixing teapots from Ming to modern, and, a sampling of several Shui Xian teas. 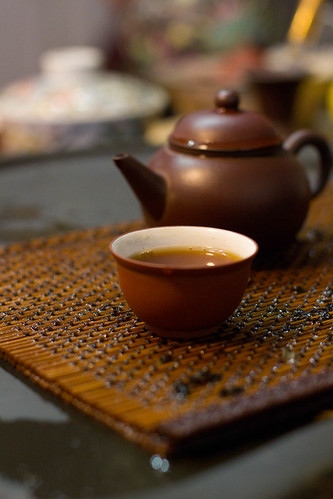 I offered two pots of my own - 1970s hong ni and 1930s zi ni. Kai suggested my elder pot was originally made for export to Japan. 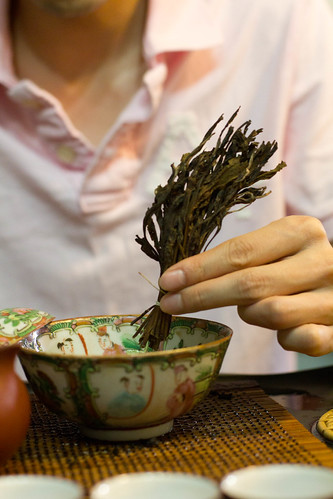 To break up several rounds of Shui Xian, we also enjoyed a special puerh from old trees. The bundle of leaves was so large that we had to cut it in half to fit in the widest gaiwan we could find. 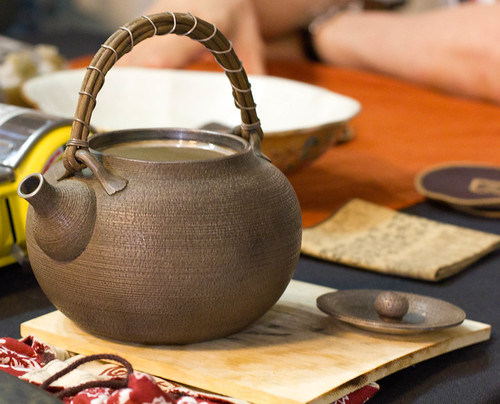 I was allowed to experiment with a Japanese silver kettle - one of the most stunning pieces of teaware in the collection. The freshly boiled water really punched up some 90s puerh I was brewing, but did little for my pot of Shui Xian, already gone flat after many brews.

Mr. MingLiang Lu made a surprise visit to tea with us. He humbly introduced himself as an “art teacher.” After a few rounds of tea, he produced some small sheets of black paper and a pair of scissors and began cutting. Within minutes, a detailed image of Kyle’s face emerged. He mounted it with two small pieces of tape onto beautiful paper bearing his chop. I wondered at first why he seemingly put so much care into the cutting and the mounting seemed so simple.

Sharing tea is one of the greatest joys I have found. Quite often, people are generous enough to share with me as well. After enjoying the contrast of two grades of Shan Lin Shi, fresh from Taiwan, our friend Benito offered another special treat. This mini-beeng is made of very high quality leaves. It isn’t punchy in its youth, but rather sweet and buttery. If you are only drinking alone, you are missing half of the experience.