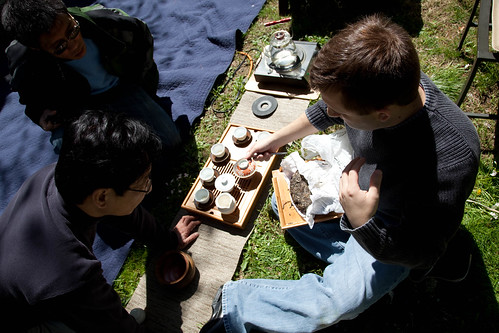 As guests arrived we began to set up outside and drink the remains of a fine tea - 2002 Big Green Tree from Best Tea House CA. I have been drinking this potent tea for 3 days and the leaves had plenty left to share with our guests. 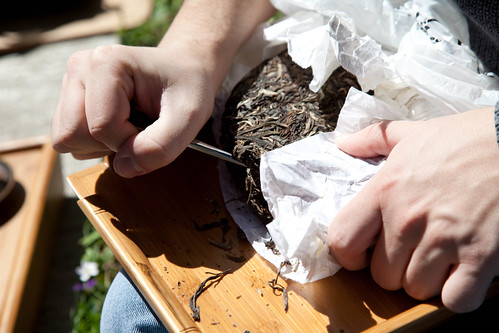 Straight back into young puerh, I demonstrated breaking a sample from a 2008 cake, previously mentioned, from Luh Yu Tea Emporium. Tim wisely suggested that we pair this tea with a favorite of his own, a cake bearing the image of a grizzled Chinese general. 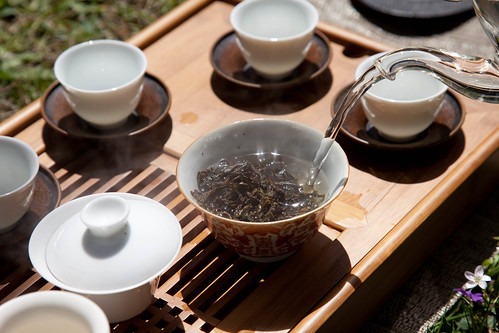 While similar in origin and vintage, we found it interesting to contrast the teas, finding Annie’s to be sweeter and more “feminine” than the General’s smokey brew. 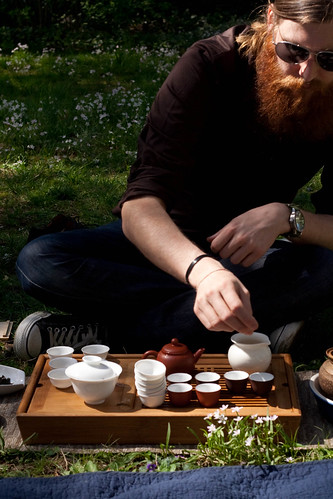 Jeremy took a short break from snapping brilliant photos to fetch his Chaozhou pot and a lovely pewter tin of Dan Cong. He brewed up several rounds to demonstrate to guests the importance of aroma to tea appreciation. And he looked pretty darn cool doing it! 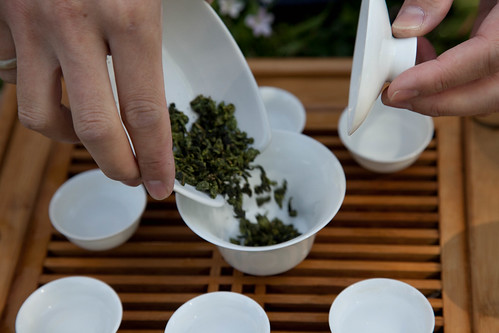 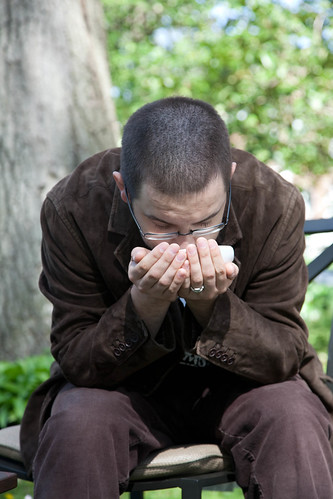 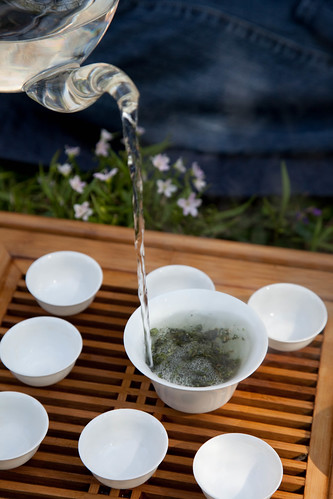 Tim poured a steady stream onto the wall of the gaiwan. This rinse awakens the tea. 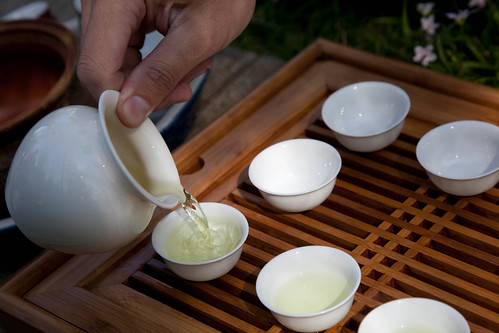 Jeremy captured the essence of the tea’s color - pale yellow with a tiny hint of green. This is best enjoyed in white porcelain in natural light.

The first flush - a selection of photos from the first ever joint meeting of NYC and Philadelphia tea enthusiasts. Nearly all of the photos are snapped by Jeremy, not myself this time around. Best to leave these things to the professionals. In Pt. 2 we will share more photos and details of the meet. Edit: Music updated to something more date-specific per our music editor Michael V.

Kung Fu Cha - Red versus Blue Setting aside the Jade tea for awhile - it is reported to brew satisfying tea for several days - Tim challenged me to a kung fu face off. He doses out the tea into small bowls and we each build our own pot carefully layering crushed and whole leaves. He is a bit more delicate than I, and manages to build a denser pot in the first round.