In the last post, we discussed some traits tea drinkers focus on when [evaluating or comparing teas] 1. 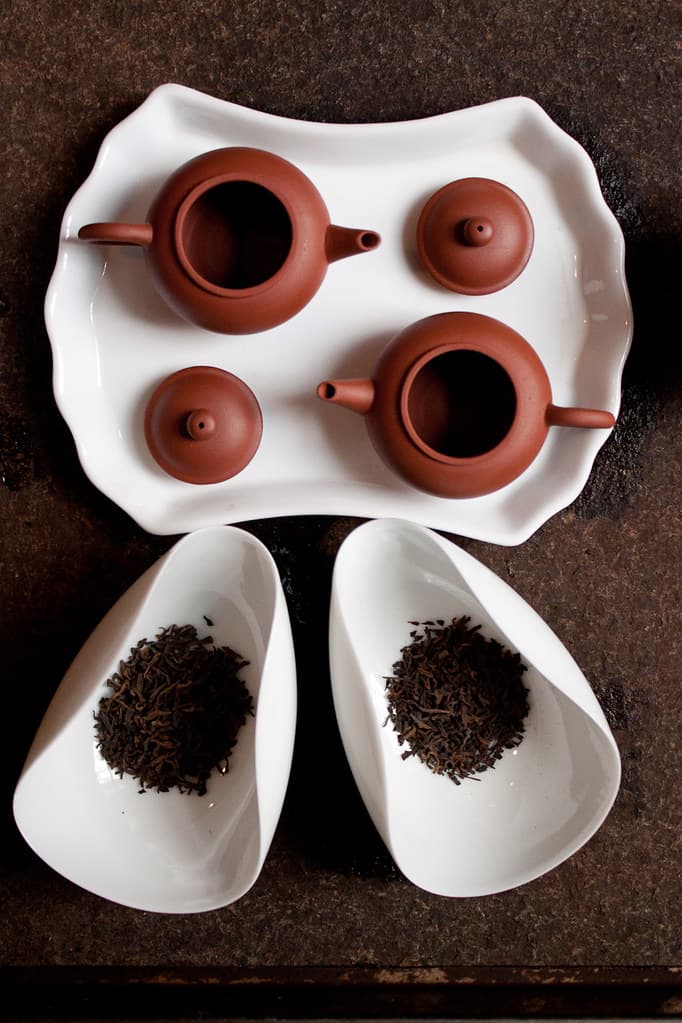 In the second installment - we’ll call it the lab section - we can put these concepts to use in describing the relative merits of two puer. 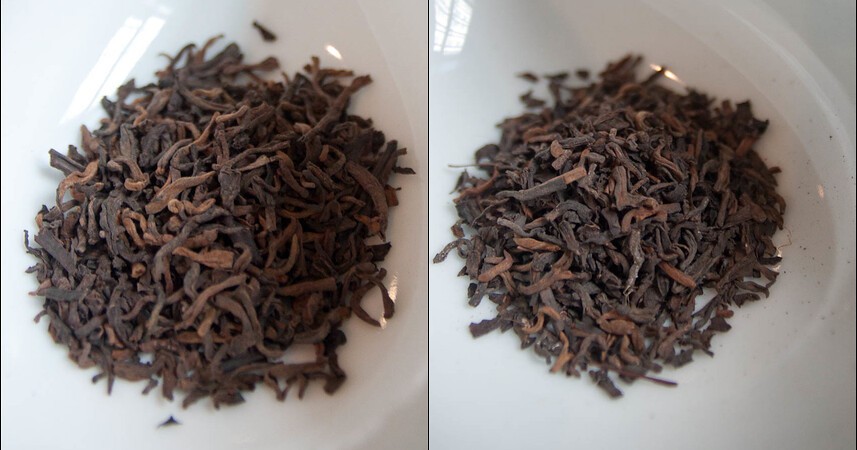 The White Needle Golden Lotus, a legend of the Menghai Tea Factory, has tiny buds coated in a delicate white frost.

Its younger brother, Menghai grade 2 loose puer of the 1990’s has a smaller percentage of buds, a more thorough wo dui (wet piling, the artificial fermentation process), and a rusty coating in place of the frost.

Visually, it is not easy to distinguish between the two. In fact, the younger tea is often passed off as the famous White Needle of years past.

There are other reasons to pair these teas, however. The 90s Menghai represents my favorite style of cooked puer (excepting the WNGL), and is considered a very good tea in its own right.

I brewed the teas side by side in a tiny pair of matching teapots, using only 2 grams of each. 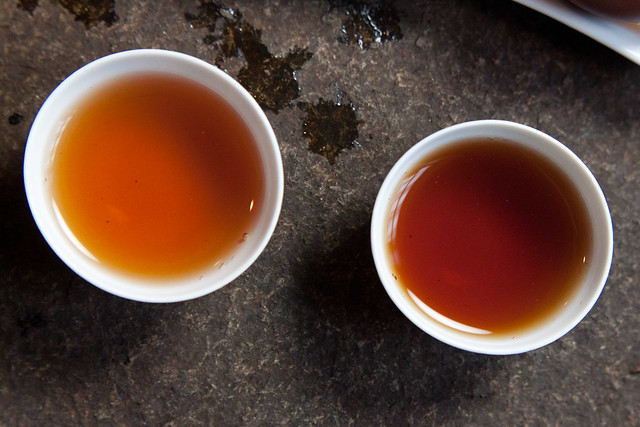 The WNGL (right) brewed a darker cup, with a more dominant golden rim.

This difference was consistent across 10 or more infusions, not a result of slight differences in brewing time.

The hui gan of the WNGL is very subtle, and probably overpowered by the ‘richer’ cooked puer. I have just finished tasting the WNGL in isolation and notice a very long but subtle mineral finish, combined with the senstation of mint and a strong reaction from the salivary glands.

The 90s Menghai has a much more typical coating effect with a sweet, malty finish. Somewhere between grains and hay.

With the WNGL, no strong presence manifested in my throat, which is just fine. I could feel the warmth go all the way down to the top of my stomach on the very first sip.

The 90s Menghai coats the throat nicely, but rarely ventures any further.

I have tried these teas several times in an attempt to accurately transmit the complete experience through writing. I am prepared to admit now that it just isn’t possible.

I can offer that the cha qi of the WNGL is strong, but straightforward. It leads me down to a quiet, meditative state - far deeper than my usual rock tea. I have a feeling that this alone is what makes it so sought after. In fact, it provides more quietude than many of its aged sheng contemporaries.

It provided some strong pressure on my brow, and a gentle warming.

The 90s Menghai provides a stronger warming, but in the end, it does not lead the mind nearly as far towards a contemplative calm as its older and wiser sibling.

The White Needle Golden Lotus truly lived up to its legendary status. The 90s Menghai was a good tea we can enjoy with frequency.

Now that we have some practical examples of what separates a good tea and a great tea, I hope we can continue to refine our sensitivity and share in the joy that comes from experiencing tea. 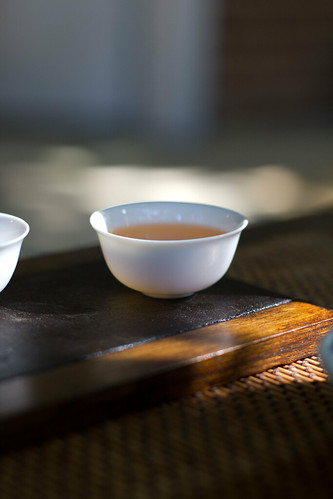 For those of us who keep coming back to tea year after year, there is a much greater reward than a hot beverage or a familiar taste. More than the uplifting properties of caffeine or the calming effects of l-theanine alone. You could substitute most of these qualities in a dozen other ways. So why would someone focus as heavily on tea - and tea alone - as those reading here are known to do? 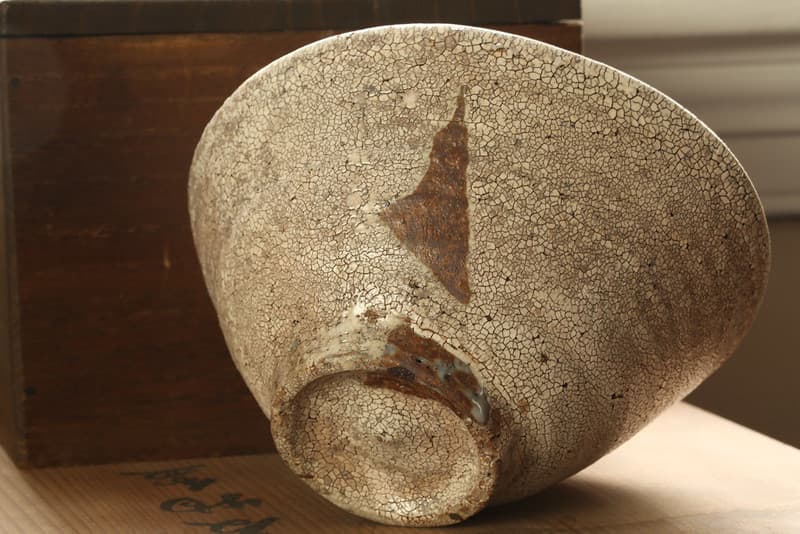 Another blessing shared by tea lovers is the rich history that has been handed down to us by our predecessors. It is transmitted in the form of rituals, writings, and treasured objects that have been preserved for our present enrichment, and to be passed down yet again. In some circles, the highest form of tangible tea history is said to be the Ido chawan. The Ido story begins in Korea, where potters made these rustic bowls for everyday use.