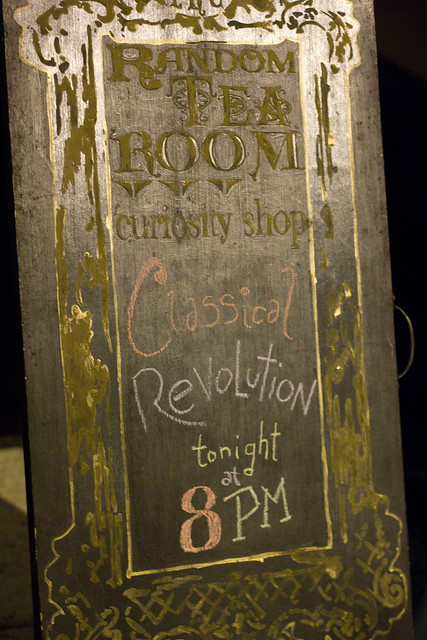 This Thursday at the Random Tea Room Philadelphia, the crowd was hanging from the rafters for the chamber music flash mob “Classical Revolution," and, of course, tea. 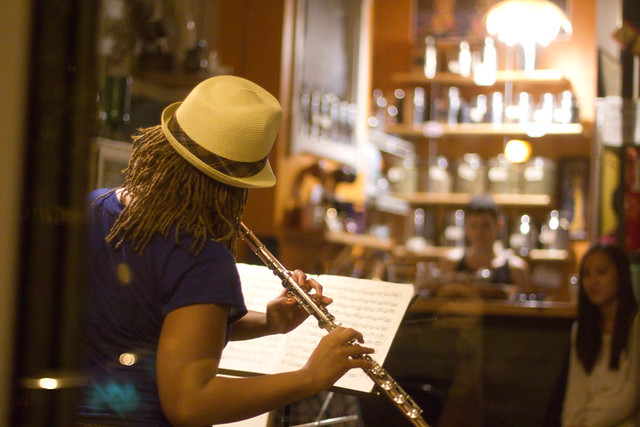 In their own words: “The mission of Classical Revolution is to present concerts involving both traditional and modern approaches while engaging the community by offering chamber music performances in highly accessible venues, such as bars and cafes, and collaborating with local musicians and artists from various styles and backgrounds” 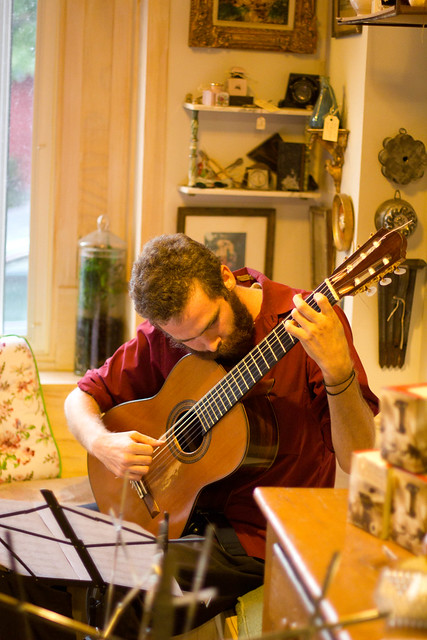 As the 8 o’clock start time drew nearer, the Tea Room began to fill up with musicians carrying instruments of all sorts, as well as spectators. The Philadelphia group was rounded out by many talented graduates of Temple’s music program - some past collaborators, and some meeting for the first time. 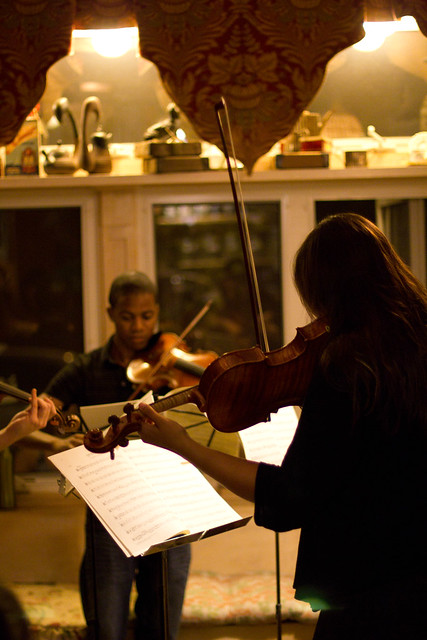 Music by Mozart and Bartok blended with classical guitar and solo flute. 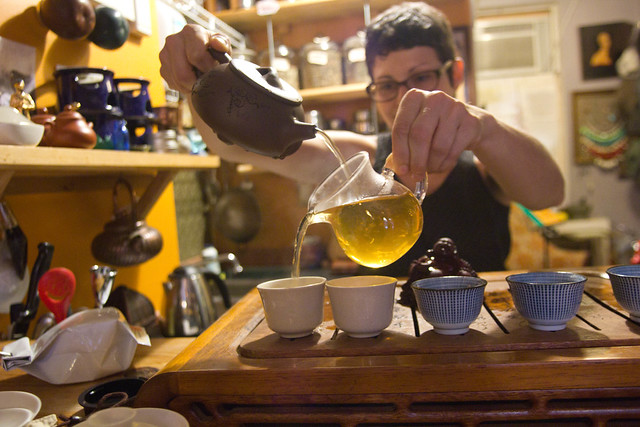 Naturally, tea was enjoyed throughout the evening. To the hardcore fans at the bar, Becky served 2003 raw puerh from Jing Mai, and I served a favorite Rock Tea. Proprietess Becky was also quite busy serving iced tea beverages like Moroccan Mint, as well as her new Virgin Tea Cocktails to those looking to cool off. 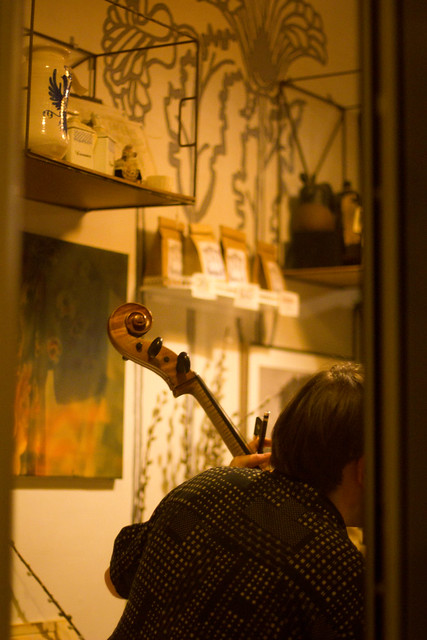 At the start of the evening, most of us had no idea what to expect. By the end, music, friends, and tea left everyone feeling quite euphoric and looking forward to the next event at Random Tea Room.

A few additional photos from the set will appear here.

Step One: Enlist some tea loving friends. Step Two: Add 7g of leaf to a 100 ml gaiwan (preheated). Replace lid. Allow your guests to appreciate the fragrance of the dry leaves in the hot gaiwan by smelling the edge of the lid, then replacing the lid and passing to the next guest. Step Three: Pour boiling water to the top of the gaiwan. Use the lid to remove the bubbles that form on the surface of the tea in a single, horizontal scraping motion.

The Philly Tea Club (and guests!) assembled in the back yard for an introduction to Chanoyu. Being far from a proper tea room, Pamela L - a third year student of the Urasenke school - performed one of the more casual forms, o-bon temae. This ceremony is performed with the utensils arranged on a round tray, and draws hot water from a tetsubin rather than ladled from the kama. She selected a fantastic sweet to pair with the tea - candied Yuzu, a slightly sour citrus fruit.